Many non-professional towers only tow up to a fifth-wheel trailer or a few tonnes of the load. Experienced towers know the complexity of turning, braking or parking when towing heavy cargo. Some towing jobs are a real pain to anyone and thus can only be done by not only professional but also experienced people in the industry. This involves towing heavy cargo you can think of. Here is a look at some of those.

Space shuttle towing is one of the heaviest towing jobs

A spaceship is built to withstand a lot of pressure and hardship conditions. It goes through dangerous launches and intense heat and still gets back to the earth safely. With all the factors considered, engineers have to ensure they have built something perfect for the task. The outcome is a very heavy masterpiece that weighs about two thousand metric tons according to Boeing. Towing that kind of weight cannot be done by ordinary trucks and trailers but a Shuttle Crawler. This is the largest kind of truck in existence with 5,000 horsepower. In spite of the power and size, it can only move the cargo about two kilometers an hour. Check this article out for some fun promotional towing that a toyota truck did with a space craft.

Aircrafts is 2nd heaviest of all towing jobs 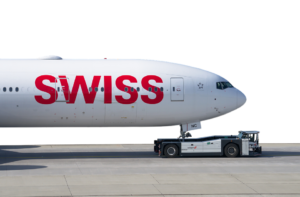 An aircraft is built to be used in the air and not on the ground. In most cases, it was economical to have a vehicle to them instead. Development of airplanes has continued to grow resulting in heavier planes such as the Airbus A380. It is the largest passenger aircraft weighing about 544 metric tons. Towing such a heavy plane requires greater power and towing capacity. The most ideal machinery to use in towing the Airbus is an aircraft tow tractor. Looking at it, however, you may never believe the small looking tractor would deliver the job. On the contrary, the tractors have so much power that it fascinates watching them tow the planes.

Moving a house is a complicated type of work that requires lots of planning and complex tools. Although it may sound strange to many, some types of houses can actually be moved to new locations using towing vehicles. Moving structures in actually becoming more common in many places due to advanced technological innovations. Some types of houses can only be moved in sections while others are intact. The heaviest building ever moved intact according to the Guinness Book of World Records weighed over 15 metric tons. This was China’s Fu Gang building. To pull such a job, very big tow trucks with heavy-duty towing power is required, not to mention a high level of skills.